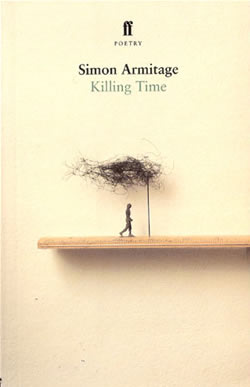 In 1999, Simon Armitage was named the UK's Milennium Poet.

In this 1000-line poem, the manic countdown to 1000 years of history reaches its climax, with the last 12 months spooling past like newsreel. It is a vision full of humorous and bleaker possibilities, which ranges forward and back through time and space, mixing and matching as it goes.

Killing Time, a 90 minute televised version of the millennium poem was performed by Christopher Eccleston and broadcast on Channel 4 on New Year's Day 2000. Directed by Brian Hill, Century Films.