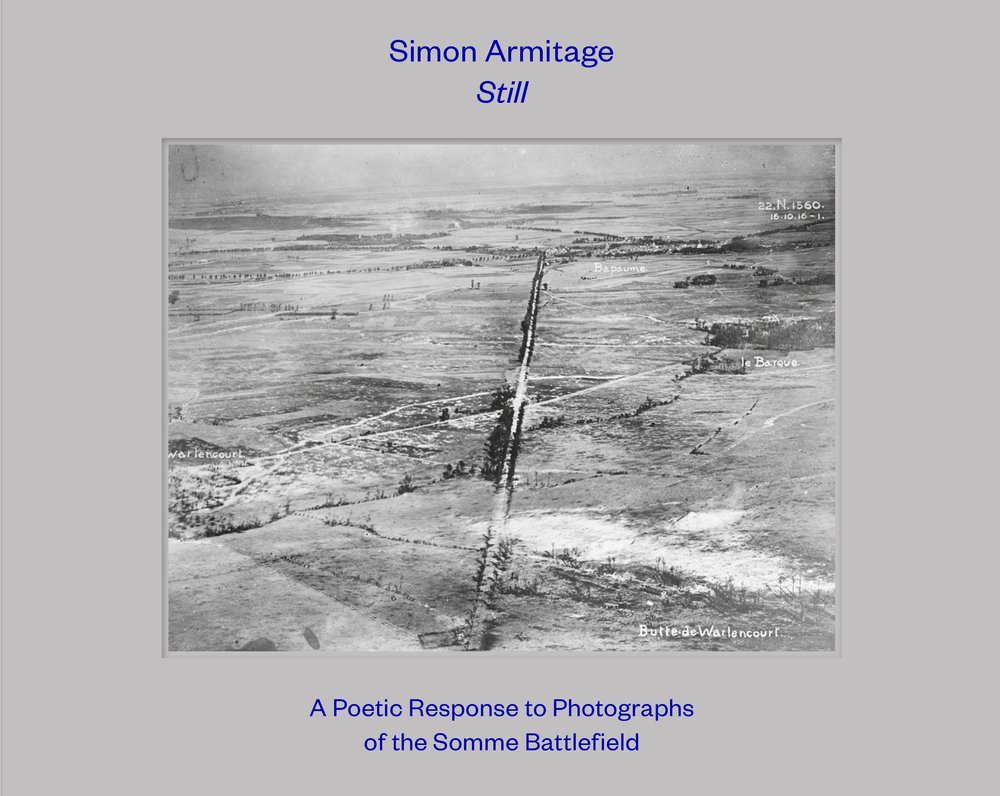 Simon Armitage was commissioned by 14-18 NOW: WW1 Centenary Art Commissions, Norfolk & Norwich Festival and Writers Centre Norwich to write a sequence of poems in response to 26 panoramic photographs of battlefields associated with the Battle of the Somme chosen from archives at Imperial War Museum, London. The Somme Offensive took place on the Western Front between July and November 1916, and is considered to be one of the bloodiest in British military history.

Armitage has written thirty poems of between two and 20 lines that are versions of "The Georgics "by the Roman poet Virgil. Paired with black-and-white images that are a hundred years old, the contemporary words meld with the visual devastations of war to haunting effect.