The Last Days of Troy 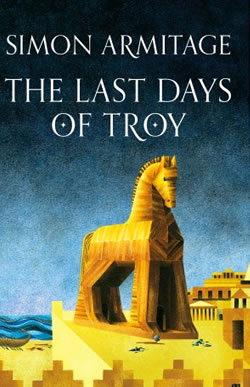 A stage play written by Simon Armitage, commissioned by the Royal Exchange Theatre in Manchester and directed by Nick Bagnall. After a successful run in Manchester, it transferred to Shakepeare’s Globe on London's South Bank.

Simon Armitage is rightly celebrated as one of the country's most original and engaging poets; but he is also an adaptor and translator of some of our most important epics, such as Sir Gawain and the Green Knight, The Death of King Arthur and Homer's Odyssey. The latter, originally a commission for BBC Radio, rendered the classical tale with all the flair, wit and engagement that we have come to expect from this most distinctive of contemporary authors, and in so doing brought Odysseus's return from the Trojan War memorably to life.

Via Homer's Iliad and other classical sources, The Last Days of Troy takes us back in time to the Trojan War itself in a vivid new dramatic adaptation.