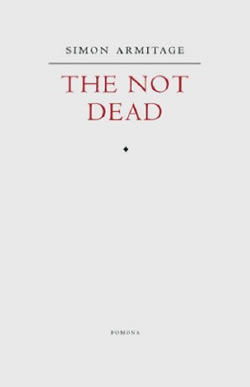 The poems in this book were originally aired on a Channel 4 documentary film of the same name, shown in the summer of 2007. They focus on the testimonies of veterans of the Gulf, Bosnia and Malayan wars – ex-soldiers who have seldom been heard before.

The Not Dead received excellent reviews in the press and moving responses on the Web from other veterans.

The poem entitled The Manhunt features now on the UK school curriculum and is discussed by Simon Armitage in his BBC Writing Poems series. The clip is available via the BBC here.

"The Not Dead is uniquely impressive. In transmuting the stories of particular soldiers into the lyrical music of Simon Armitage's poems, something exceptional is achieved: the painful truth of lives damaged beyond help is made meaningful for the rest of us. We can only catch our breath and read them again and again" – Joan Bakewell.