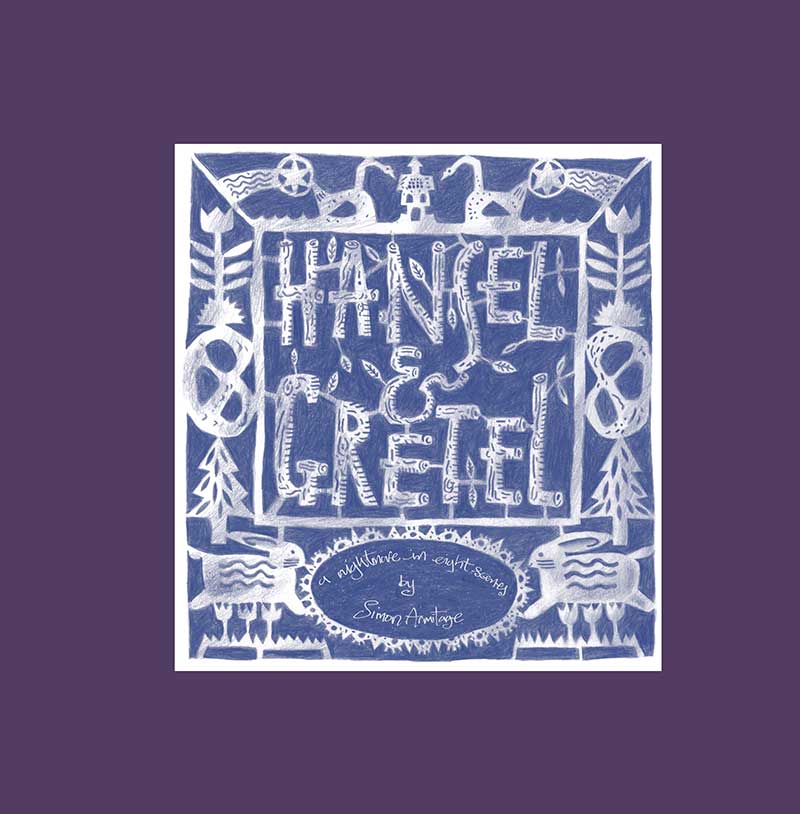 See the animation by​ Clive Hicks-Jenkins

Simon Armitage’s extended narrative poem uses the well-known framework of the Brothers Grimm tale but gives us a new contemporary interpretation and focus. This is a darker, glittering Hansel & Gretel fairy story for the 21st century, of refugees, bombed villages, homelessness, a landscape where nothing is quite as it seems, but of humanity, humour and hope too.

The powerful story is illustrated by the visual creations of artist Clive Hicks-Jenkins. His compelling Hansel & Gretel characters have appeared as prints, and as a Toy Theatre for Benjamin Pollock’s Toyshop and are reimagined here using the imagery of the toy box of wooden puppets, villages and building blocks to create a unique, contemporary fairytale landscape.

Hansel & Gretel is published in a beautiful 96 page hardback edition by Design For Today. There is also a signed and numbered limited edition of 100 copies accompanied by two screen prints, printed for this edition by Dan Bugg of The Penfold Press. 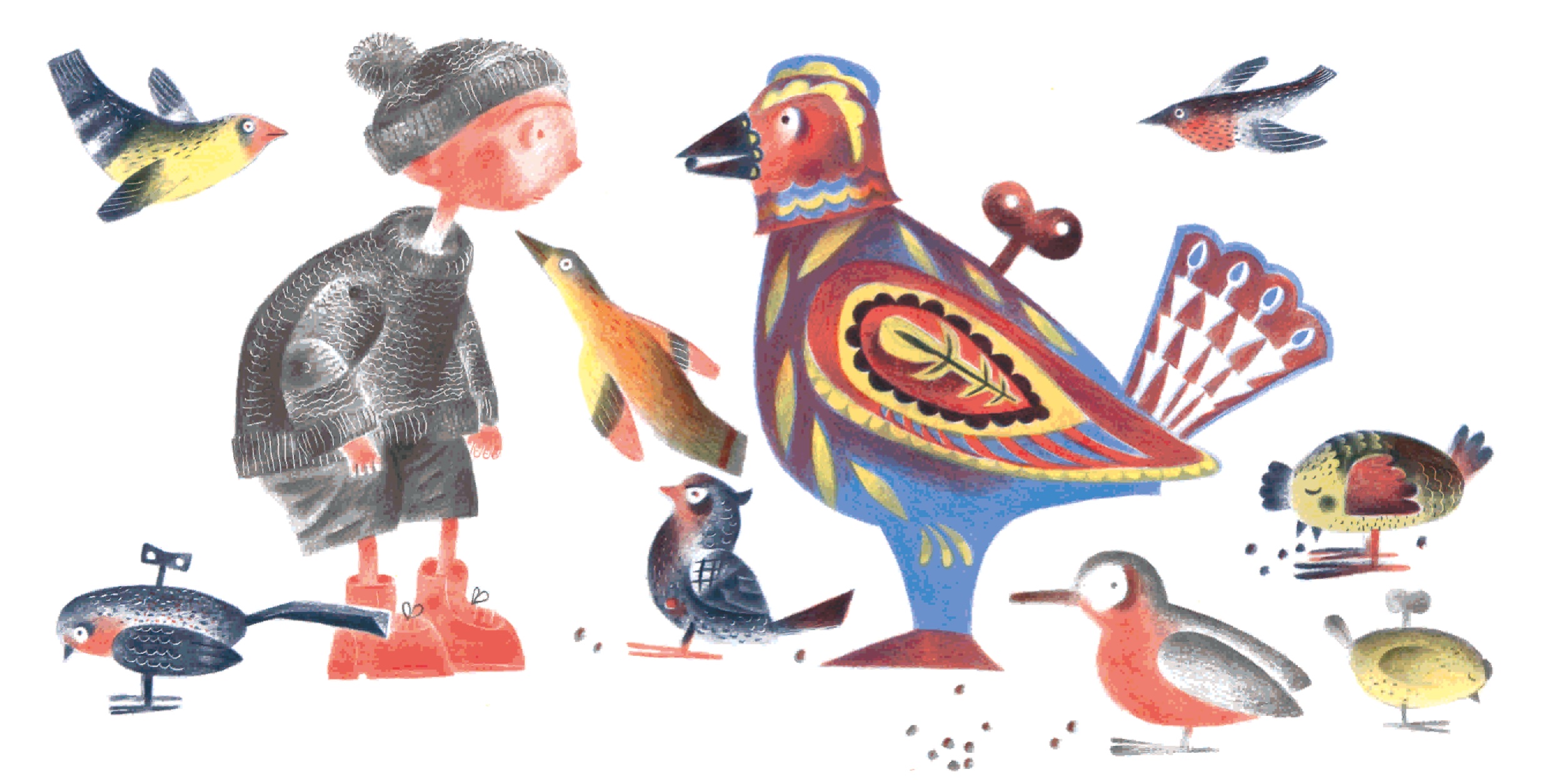 Simon Armitage produced a new version of the fairytale orginally for the puppet opera Hansel and Gretel: A Nightmare in Eight Scenes which toured the UK in 2018. The puppet opera also featured on BBC Radio 3.

“Not a sugary dream, but a nightmare in eight scenes: make no bones about poet Simon Armitage’s contemporary retelling of the tale most familiar in the Brothers Grimm version. Hansel and Gretel’s plight becomes that of child refugees, whose parents’ agonising decision is to abandon their offspring to give them their only chance of surviving war. Armitage took his cue from the darkly imaginative illustrations by artist Clive Hicks-Jenkins, who has now translated the original visions into a puppet show. Armitage’s words are the constantly shining white pebbles guiding the piece, and his final verbal riff on light and dark will be even better savoured on the published page.”

– Rian Evans, The Guardian (review of the stage production, 2018)